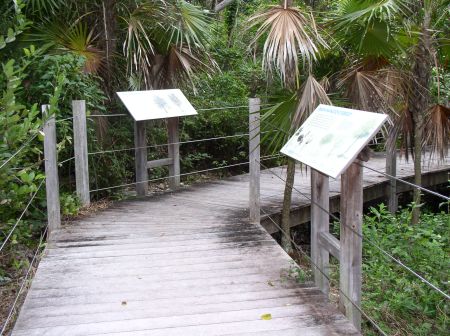 Crane Point Hammock, in the middle of Marathon, is a unique, substantially undeveloped 63-acre site with important ecological, historical and archeological value.  Owned by the non-profit Florida Keys Land & Sea Trust (FKLST or Land Trust), construction of a zip-line tourist attraction is proposed for the property in the hope that resulting operational revenues will reverse the non-profit’s chronic financial problems.

For the zip-line proposal to go forward, major funding from the Florida Department of Economic Opportunity (DEO), a Conditional Use permit from the City of Marathon and additional local matching funds are necessary.  Under DEO’s Small Cities Community Development Block Grant (CDBG) program, funding of $727,000 is being requested, with the understanding that the operation of the zip line will create 21 new jobs.  The CDBG program requires a governmental partner to be a sponsor and financial guarantor, and the City of Marathon is acting in that role.

Actively opposing the zip-line project is Keep Crane Point Natural (KCPN), a coalition of members and former members of Crane Point who value the site in its natural state and are concerned about the disturbance and damage from construction and operation of the proposed zip line.  While KCPN is working to educate the public about these potential physical problems, a growing concern is the loss of the property to bank foreclosure.

As one of the few intact, large tropical hardwood hammocks in the Middle Keys, Crane Point is a living museum of the way the Keys used to be.  There is great diversity of plant species, along with a large variety of associated animal species.  Unique shrubs and trees populate the site, some of which are extremely rare, and others may qualify for “champion” designation.

Home to this amazing array of plants, birds and butterflies, the Hammock provides critical foraging habitat for the state-listed threatened White-crowned Pigeon.  Residents and tourists alike visit Crane Point to explore and appreciate its natural features, finding quiet solace wandering its paths and gazing out on Florida Bay.

Sometimes lost in the current discussion about the proposed zip-line attraction is the potential liability the City of Marathon faces, with respect to both its obligations under the CDBG funding and its exposure for litigation.

Should the zip-line attraction not meet its goal of creating and sustaining 21 new jobs, the City would have to repay $35,000 for each position short of the goal.  Given the safety records of zip-line attractions across the United States, injury of cable-riders and even death are possible, creating the possibility of lawsuits against the City.

Last Stand has monitored the CDBG funding process among the Land Trust, the City of Marathon, and the Florida DEO since mid-2011, consistently advocating for enforcement of the City of Marathon’s Comprehensive Land Use Plan (Comp Plan) and Code to preserve and protect Crane Point Hammock as a valuable natural area in the community.

Last Stand opposes the construction of the zip-line course, holding that construction of a zip-line tourist attraction would be inconsistent with Conservation Native Area (C-NA) zoning and the character of a nature center.

While recognizing the financial plight of the FKLST, Last Stand opposes the construction of the zip-line course, holding that construction of a zip-line tourist attraction would be inconsistent with Conservation Native Area (C-NA) zoning and the character of a nature center.

Further, it would violate the reason the property was purchased in 1989, “for the purpose of preserving, conserving, and restoring environmentally sensitive habitats in the Florida Keys.”

However, Last Stand supports any viable, revenue-generating alternatives that are consistent with the protection of the site’s natural resources.

Because Crane Point Hammock is unique and substantially undisturbed, the 63-acre parcel is shown on Future Land Use Maps as Conservation and is zoned C-NA.  While the primary purpose of Conservation lands is “to provide for the preservation of natural and historic resources and passive resource-based recreation uses,” the C-NA zoning category allows very limited uses, with low-density residential and “Boardwalk/ Observation Platform” among the few that are listed.

However, within C-NA zoning, “Parks and Recreation Open Space” use requires a formal Conditional Use (CU) permit, essentially a relaxation of an existing zoning category.  Consequently, the application must meet strict guidelines.  That CU approval is currently being sought by FKLST.

Last Stand believes the CU permit should not be approved, as the proposed zip-line attraction stretches the definition of Boardwalk/Observation Platform, and Crane Point does not meet the criteria necessary as a Public Park.  Further, Last Stand strongly disputes the interpretation of the zip line as an allowable “passive resource-based recreational use” within Conservation Native Area zoning. 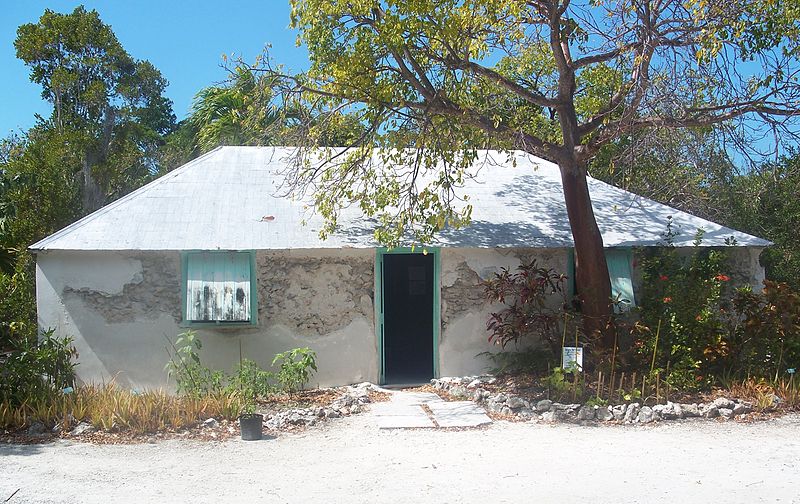 Purchased in 1949 by Francis and Mary Crane from Massachusetts, the historic natural property was owned by them until the late 1970s.

Existing on the parcel is the Adderley House, the oldest house in the Keys outside Key West, built in 1902 by Bahamian settlers George and Olivia Adderley and listed as a National Historic Site in 1992.

The Cranes built their home, the earliest example of “modern” architecture in the Keys, on the northernmost part of the property overlooking Florida Bay.  They also constructed a small museum near US 1 to exhibit their extensive collection of artifacts from the American Southwest.

Public money (a $700,000 no-interest loan from the Monroe County Land Authority) was instrumental in the 1988 purchase of Crane Point, protecting the unique site from development as a subdivision and retail location, and Keys residents contributed to the acquisition as well.

The original warranty deed carried a ten-year restriction for conservation uses; however, that restriction no longer applies.  With the property no longer protected from development and the Land Trust pledging Crane Point as collateral for a line of credit with a local bank, possible failure of the proposed zip-line attraction raises renewed concerns focusing on foreclosure and sale to a private party.

FKLST (dba Crane Point Museum and Nature Center) describes the proposed zip line construction as part of an “Eco-Adventure Canopy Tour” and emphasizes its potential educational benefits.  The Land Trust hopes the proposed zip-line tourist attraction will provide an ongoing revenue stream to maintain both the property and existing structures.

The Conditional Use application submitted to the City of Marathon features the phrases “thrill of propelling” and “the thrilling experience of flying along a cable.”  Neighbors in abutting areas are voicing concerns over noise created by cable riders, and many Crane Point members believe the quiet noises of the hammock would be disturbed, affecting the “natural” experience of walkers in the nature center.

Discuss this topic on our forums.