Dredging the Key West Channel for Larger Cruise Ships: Referendum on the Horizon 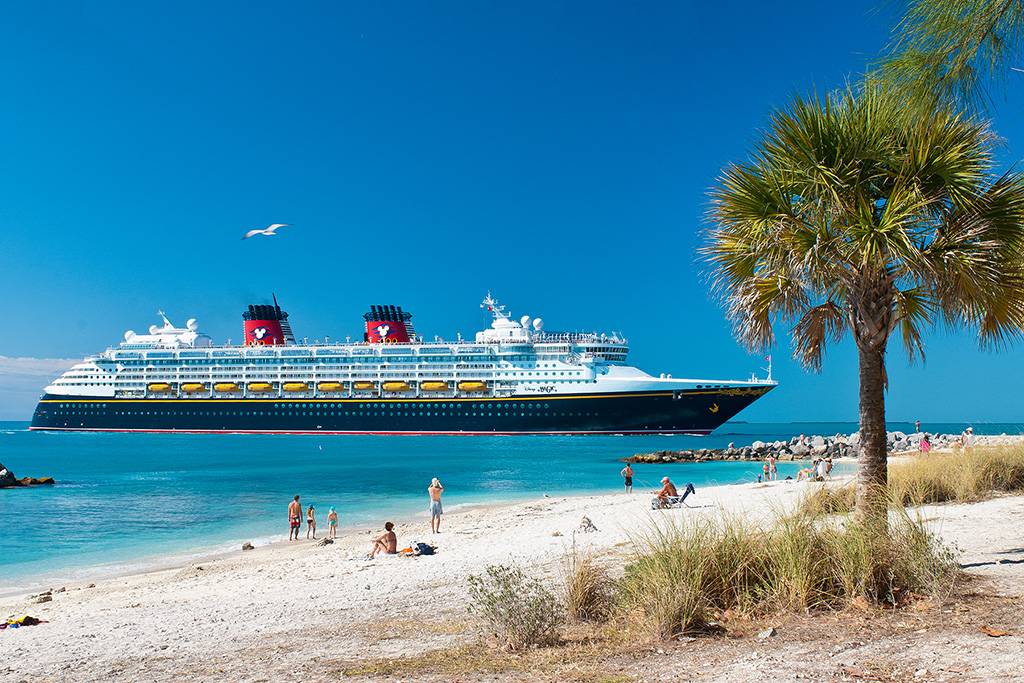 The decision to pursue dredging the Key West Harbour Channel to accommodate larger cruise ships will be left to the voters of Key West.

On May 7, 2013 the first reading of an ordinance to place a referendum on the October 1, 2013 ballot will be heard by the Key West City Commission.  Public comment will be heard at that meeting and at a second reading later in May.

The proposed language for the referendum is:  Shall the city of Key West request that the Army Corp of Engineers conduct a comprehensive feasibility study, at no monetary cost to the city, to determine the environmental, economic and social impacts of widening the Key West Main Ship Channel for use by modern and longer cruise ships while also addressing navigational safety?

Last Stand was involved in the creation of this referendum, in collaboration with Key West city staff and other interested parties, and as such several compromises were made regarding the language used in order to reach consensus.

Despite the referendum not mentioning dredging, opting instead for the more vague language of 'widening', make no mistake:  this referendum is the first step in a significant amount of dredging in the Florida Keys National Marine Sanctuary.

To widen the channel to accommodate larger cruise ships it will be necessary to dredge the existing channel 150 feet wider by for one nautical mile in length.  This is based on the Army Corp of Engineer Reconnaissance Study, a preliminary 2010 study done in part to determine the extent of dredging required.

Dredging is harmful, prohibited, not required, is not guaranteed to attract more cruise ships, and could allow for even more dense tourist crowds that will have a negative impact on the experiences of tourists and residents alike.

Dredging is bad for ocean water quality, coral, aquatic life, and seagrasses.  Dredging will worsen turbidity, which is the murkiness of water caused by suspended sediment; the sediment of the Keys is especially fine-grained and easily resuspended by the type of activity involved with dredging, even if it is done carefully.  This increased level of turbidity can have both lethal and nonlethal effects on sea life that can ripple through the food chain affecting the environment and those that rely on it, including the tourism and fishing industries of the Keys.

The damage to the marine ecosystem is very real; the impact of recent dredging was observed locally in the Keys.  During the 2005 maintenance dredging for the channel, the Lower Keys Fishing Guides Association observed an immediate and significant decline in the number of tarpon that annually gathered in the area of the proposed channel expansion.

With the loss of coral, sponges and other organisms from the channel bottom, there was reduced habitat for the bait fish that attract the tarpon.  Without this food supply, the tarpon did not accumulate off the near shore waters from Key West and instead dispersed to other locations.

This had a significant negative economic impact, as the reduced number of sports fishers resulted in reduced fishing charters, and reduced guests in lower keys lodging, restaurants, and entertainment venues.

With the proposed dredging in the same area as the tarpon accumulate, the LKFGA fears the impact may forever change the tarpon accumulation as was the experience at Port Aransas, Texas and Homosassa, Florida, located at the mouth of the Crystal River.

Dredging is illegal in the Florida Keys National Marine Sanctuary (FKNMS) due to the proven deleterious effect of dredging on ocean quality, the fragile coral reef, benthic resources, and sea life.  The Port of Key West falls within this Sanctuary, and so any new dredging would require a change to this well-founded law.

The Florida Keys National Marine Sanctuary was founded in 1990 to preserve and protect the delicate and unique marine ecosystem present in the Keys; the creation of the Sanctuary was in response to deteriorating conditions within the ocean and reef.  Now is not the time to ignore our history; the protections to the Keys provided by the Sanctuary and its prohibitions against dredging should be maintained.

Dredging is Not Required

Dredging is not required for the safe navigation of the channel to the Port of Key West by cruise ships of the types already visiting.  Dredging would make the channel accessible by larger cruise ships during times of high winds or other difficult conditions.

Cruise ships that currently visit will still be able to do so, even if no dredging were done.

Cruise Lines will not Commit to bring Larger Ships

Cruise lines have made no guarantees that they would even bring their newest and largest ships to Key West, or increase the number of port calls for ships already visiting.

To the contrary, Carnival Cruise Lines, one of the more active cruise lines visiting Key West, is reducing its visits to the city.  Carnival recently announced they are replacing Key West as a port destination for two of their cruises, opting instead to use a private island owned by Royal Caribbean Cruise Lines as a stop.  This decision was not made based on the navigability of the Key West channel, but was likely made because the cruise line will retain all of the passenger revenue spent at these wholly company-owned private island ports.

Cruise industry officials also cite the future of their business will increasingly be serving passengers in Asia and plan to locate a portion of their fleets in China and other Southeast Asian destinations to better serve these customers.

Consider Mobile, Alabama, and Houston, Texas:  two ports that spent tens of millions of dollars on port facilities for cruise ships, only to find those facilities woefully under-utilized by the very industry the money was intended to attract.  Will Key West fall into this same trap?

Small Town Charm … but Will it Last?

The number of people who visit Key West has to be managed, otherwise the area may acquire a negative reputation as an overcrowded location that will ruin the small-town appeal that brings many to visit.

The congestion from the arrival of up to 6,919 passengers and crew has an adverse impact on the quality of the vacation experience for long term tourists in hotels, guest houses and long term transient rentals.  AARP Magazine and National Geographic Magazine have both published advisories for tourists to avoid Key West because "its charms are hidden on crowded cruise ship days."

Cost and Damage of Dredging Not Worth Benefits of Dubious Value

Given that Key West has a finite carrying capacity of tourists, the most sensible approach to maximizing local revenue is to try to attract tourists who are able and willing to spend more.

Based on objective, independent studies, passengers from the larger cruise ship lines spend less than other types of tourists.  This fact has little to do with the type of person on one of these large cruise ships; it is driven by the cruise ship industry itself.  The cruise industry uses low passenger fares to attract passengers, then garners profit from passengers using activities or retail stores on-board.  Tour packages for port destinations are sold on-board and a hefty cut goes to the cruise line.

Unlimited food and drinks, as well as onboard gift shops priced to compete with land-based stores, reduce the motivation for cruise passengers to spend money at ports of call.

Even if we ignore the environmental damage of dredging, isn't it more cost effective to use the tens of millions of dollars it would cost to dredge in ways that would attract other types of visitors who are proven to put more money in the local economy?

Last Stand has consistently taken the position that the environmental degradation and negative impact to the quality of life for Key West residents and visitors from widening the Key West Harbor Channel far outweighs the economic benefits from increased cruise ship tourism.  Last Stand has advocated against taking any steps that would harm the Florida Keys National Marine Sanctuary and has opposed efforts to conduct a feasibility study which is the next step towards dredging the channel.

We acknowledge that cruise ships are part of the tourist economy, but we wish to see that a sustainable balance be maintained between cruise ships and their passengers, other tourists, and residents, so that the Keys remain a desirable destination for all.

Isn't it Just a Feasibility Study?

It is a 3 million dollar study to determine the feasibility and impact of dredging the Key West Harbour Channel to make it wider and allow larger cruise ships to visit Key West.  As noted above, there are no good reasons to support this course of action, so why spend money on such a study?  Half of that money will be provided by federal and state tax funds that could go to a better use.  The other half is being put up by advocates for dredging the channel.  Because these advocates are committing to spend this moeny, they are claiming that there will be no monetary cost to the City for conducting this study.

In practice, however, City staff has already and will continue to spend time on this issue as long as cruise ship lobbyists and their advocates continue to press the City to dredge the channel for the cruise industry.  In our opinion, Key West City staff have better things to do with their time.

What You Can Do

If you are a resident of Key West, register to vote.  The resolution will be on the ballot on October 1st, 2013!

For more information from those who oppose the study, see the Responsible Tourism Key West.

For more information from those who support the study, visit the Key West Seaport Alliance.

A very conservative-leaning site published information, with references, concluding that the Army Corps of Engineers is not always reliable for major projects or studies.

Discuss this topic on our forums.