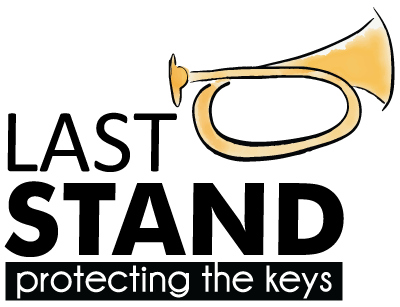 Last Stand has reviewed this document and would like to submit comments on the specific projects identified in the Plan.  These comments are attached.

In addition, two board members spoke with Commissioner Rice on two items which we feel are not fully discussed or ignored in the Plan. These items are:

At a recent BOCC public meeting regarding traffic access to Loquat Drive, the BOCC decided to close Loquat Drive to traffic from CR 905, preventing that Drive from being used as a “shortcut” around a long line of traffic waiting to enter US 1 at the end of CR 905. This change has increased the long line of backup traffic on CR 905 trying to enter south US 1.  The Draft Plan proposes that a study should be conducted to identify improvements at this intersection (#130).  Last Stand recommends that this proposed project should be recommended by the BOCC to FDOT but rather than a mid-term implementation schedule, it should be a short-term or immediate study of the intersection.

For the Last Stand Board,