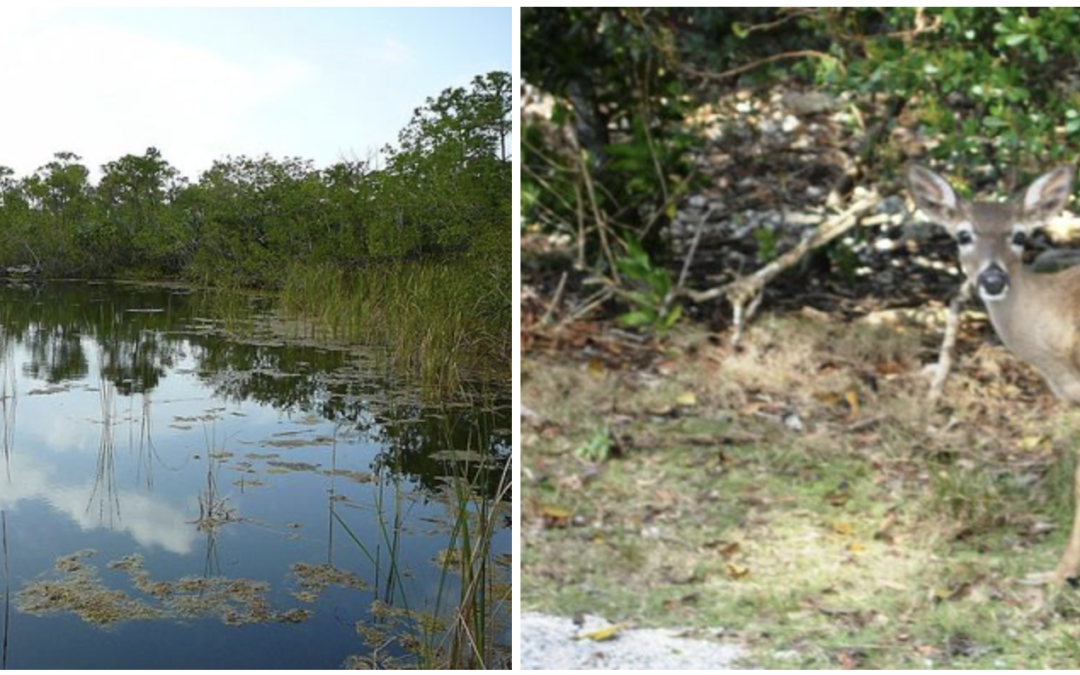 The soggy central area of Big Pine Key is slated for improvement actions to reverse damage from salt-laden stormwater surges from three hurricanes: Georges (1998), Wilma (2005), and Irma (2017).  The Big Pine Key Aquatic Habitat Hydrologic Restoration (Project), if done correctly, will restore the formerly natural movement of fresh water around the island, as it did before the construction of roads blocked that flow.  If not done correctly, the island’s important freshwater lens could be adversely affected, and habitat critical to Key deer and some of Big Pine’s other 22 endangered and threatened species could be reduced by development, which was heretofore prohibited.

Even before any Project work begins, there is a concerning problem in the Project’s permit application with the South Florida Water Management District (SFWMD).  Some of the involved “freshwater wetlands” are misnamed (i.e., erroneously classified) as “salt marsh habitat”.  That may seem to be an innocuous detail, however Big Pine acreage designated as freshwater wetlands is protected from development (100% open space ratio), whereas it is possible for acreage deemed to be disturbed salt marsh wetlands to be filled and developed.  On the edges of some of the Project’s historical freshwater wetlands (misnamed as salt marsh wetlands) one can see dirt roads and some houses.  Might that be enough to allow more roads and houses?

Last Stand continues to follow this issue and petitioned the SFWMD to correct the concerning misnaming/misclassification error of the freshwater wetlands.  A link for that letter may be found on the Last Stand website: keyslaststand.org.
# # #
Featured photo: Big Blue Hole a freshwater wetland on Big Pine Key, home to Key Deer