Inspired by moving to Key West in 2004, Mark Songer is a born again environmentalist who has trouble saying no to an impossible task.  He is graduate of Leadership Monroe County and currently serves as Treasurer for the League of Women Voters of Florida.  Mark also has a keen interest in restoring the Everglades and is Last Stand’s designated representative to the Everglades Coalition, a group of over 60 diverse not-for-profits who constantly cajole anyone who will listen to provide funding for projects.  In his spare time, he is an avid bird watcher, walks his dog and prepares favorite recipes from Indian Home Cooking.

Joyce Newman has called Big Pine Key home since 1975.  Now retired, she taught first grade at Sugarloaf and in Marathon, advocated for Keys water quality and Florida Bay issues under the mantle of Clean Water Action, and organized and directed the Keys-wide lecture series, Florida Keys Discovery.  Through the years, Joyce has always held the accomplishments of Last Stand in high esteem. A transplant from San Diego, her role as a community activist began in the late 70’s by participating in a successful grassroots effort opposing a huge condominium project planned for pristine barrier dunes on the southeast coast of Big Pine.  That early experience led to a growing interest in how enforcement of zoning and land use laws affects environmental protection. Joyce believes good governmental decisions are usually the result of close attention and hard work by citizens.  She likes to think she brings institutional memory, varied experience and persistence to the Last Stand board. 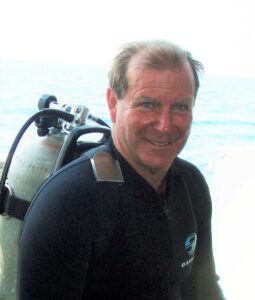 Don DeMaria is originally from Jacksonville, Florida.  He has lived in the Lower Keys since 1977 and has worked mainly in the commercial fishing industry.  Don has also served on various Federal and State fisheries’ advisory panels and served one term on the Sanctuary Advisory Panel.  Don resides on Summerland Key with his wife Karen and they have one child, Dora DeMaria, who lives in Key West and works for Reef Relief. 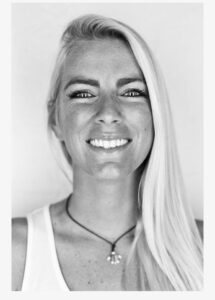 Dora DeMaria was born and raised in the Florida Keys and the chain of islands have always held a special place in her heart.  Dora attended Florida State University and completed her Bachelor of Science in Environmental Science with a focus on Oceanography.  She also completed several environmental internships, most notably an internship where she designed educational programs about sea turtles for an after school group located in the Florida panhandle. She also joined the Netflix original movie Chasing Coral at the 2017 Sundance Film Festival aboard the traveling ocean bus where she worked with the underwater virtual reality headsets. Dora then interned for Reef Relief as the Stormwater Education Intern, Education Intern and then volunteered during Reef Relief’s summer Coral Camp. Since working for Reef Relief, she has taught over 16,000 students in classroom settings and helped successfully launch a virtual platform that has reached over 200,000 people around the world. Recently, Dora was promoted to Education Director at Reef Relief. She is incredibly excited to fight for environmental protections and engage our community as a board member for Last Stand. 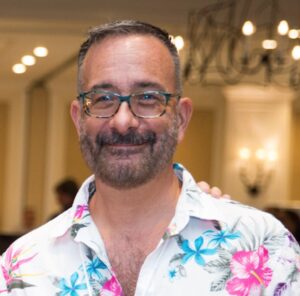 Chris is a native of the District of Columbia, where for a couple of decades he led the nationally renowned Commuter Services Bureau for Arlington County, Virginia’s Department of Transportation. He moved to Key West in 2015 and quickly became known as a local transportation planning expert via his founding of the Friends of Car-Free Key West & Duval Street/Historic Downtown advocacy group (Facebook, Blog) and his Streets for People column in KONK Life news. Chris lives car-free downtown and works part-time in the office at Red Barn Theatre. His passion for the nexus of transportation, land-use and the environment led him to Keys Last Stand. 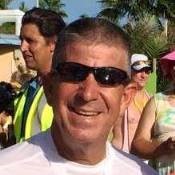 Roger hails from Knoxville, Tennessee and spent his professional career as a partner in public accounting (KPMG LLP) in Atlanta, Ga and Jacksonville, Fl.  Roger retired and moved to Key West in 2006. He has spent his time in retirement volunteering to serve a wide variety of local nonprofit organizations.  He lives car-free in Old Town Key West and his passions include his wife Cindy, his two chihuahua’s, Oreo and Cocoa, civic engagement, endurance sports (swim/bike/run), and the Tennessee Vols.

Dottie Moses and her husband moved to Key Largo in 1982 from Miami. She is a 3rd generation South Floridian. After retiring from AT&T in 2002, Dottie spent time traveling and began volunteering. Today, in addition to her work for Last Stand, Dottie helps raise native plants for Dagny Johnson Botanical State Park, the hardwood hammock that was saved from development and was the catalyst for the Florida Keys to be designated an Area of Critical State Concern. She is also a volunteer for Crocodile Lake National Wildlife Refuge where she helps maintain the butterfly garden, builds nests for the endangered woodrat and plants torchwood trees for the endangered Schaus Swallowtail Butterfly. During sea turtle nesting season, Dottie volunteers to survey nests on Sea Oats beach.

Dottie began her community activism after a development agreement threatened her neighborhood. She is now the President of the Island of Key Largo Federation of Homeowner Associations, Treasurer for Save A Turtle, and Secretary for the Florida Keys Scenic Corridor Alliance. Dottie pays close attention to activities both on land and at sea that could have an impact on her community and has had some success at keeping impacts at bay. 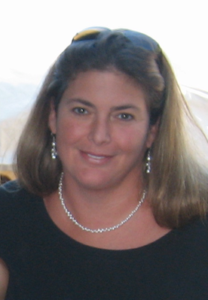 Ann and her husband Rich moved to the FL Keys in 2005.  They observed the negative quality-of-life impacts that increasing population and heavier traffic created and heard persistent concerns that “affordable housing” was not actually affordable. In 2015, Ann got involved with Save Summerland Native Areas when a developer proposed a high-density housing complex on a nearby property, without actually designating any units as affordable housing.  Thanks to grass-roots coalition-building, that plan was denied by the County for having the wrong location, the wrong zoning, and over-scale for the community. After Hurricane Irma, legislators sought to change the Livable CommuniKeys Plans developed in partnership between the County and residents in 2012.  Troubled by density changes to the plans, Ann and other concerned residents formed Friends of the Lower Keys (FOLKs) to resist overdevelopment and the associated detrimental impacts to the environment.  These measures were defeated, but the overdevelopment, affordable housing, and environmental issues remain. Inspired by Last Stand’s accomplishments over the years, Ann continues her focus on environmental and development issues facing the Keys. 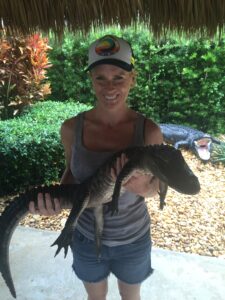 Andrea came to live in Key Haven, Florida with her husband Steve in 2015 after they “followed their noses” one day driving down US 1.  Ever since, there isn’t a day that goes by that Andrea doesn’t enjoy the water, fish and wildlife that inhabit her backyard. Having lived in Canada, Australia, Europe and the United States, Andrea has worked as a Television News Reporter and Writer and been involved in organizations such as The National Museum for Women in The Arts, The Phillips Modern Art Museum, and N Street Village for Homeless Women in Washington, DC. During her time in these countries, Andrea traveled extensively witnessing first-hand the fragile grandeur of places such as the Great Barrier Reef, Uluru (Ayers Rock), The Austrian Alps, The Grand Canyon and the importance of protecting them. Andrea is excited to be working with Last Stand, helping protect and preserve the quality of life on the waters we all enjoy every day.

Denise served for many years on the Planning Board for Monroe County. A longtime resident of the Keys, she and her family continue to generously give back to their community. While serving as an alternate, Denise’s expertise is invaluable to the Last Stand board of directors and has proven that her tireless efforts behind the scenes endeavor in the pursuit of the best possible practices for the Keys.